It is well known that athletes in the college, professional, and Olympic ranks are tested for performance enhancing drugs such as stimulants like Adderall and muscle boosting drugs like anabolic steroids. These athletes are tested because drugs offer what is considered an unfair advantage over other competitors. Gamers take these risks even though there are many possible side effects up to and including death.

Gaming officials are now announced drug testing guidelines to help stem the recent abuse in this form of competitive gaming. Unlike with other sports the use of drugs like steroids are different than the use of medications like Adderall because competitors usually aren’t allowed to be prescribed anabolic steroids.

Is it fair that Gamers with a Prescription can Use Adderall?

Unlike with steroids, competitors in sports competitions can get a prescription for Adderall from their doctor and still compete. Because many gamers will most likely get an exception it will make people wonder if certain gamers are achieving a competitive advantage or not.

Many of these gamers probably already do have prescriptions and because of the way ADHD is diagnosed it could mean that some people who don’t have ADHD may get their hands on it. Other sports are a great way to see how the gaming officials will police this sort of behavior. Major League Baseball players such as Chris Davis are examples of people who were given special exemptions to take Adderall.

The integrity of gaming seems to come down to the future decisions by the governing bodies of video gaming which puts pressure on them to make the right decisions. If gamers cannot use this drug it is expected that they will also be tested for illegal stimulants such as meth and cocaine as well.

With the advent of new substances hitting the market gamers will inevitably try new stimulant drugs and other ways to increase their focus that are safer options like over the counter nootropic supplements.

What Will be the Repercussions if Drug Testing isn’t Implemented?

Once it is known that one competitor or student is using a stimulant drug it puts pressure on other gamers to also improve their performance. This in essence creates an unhealthy environment where everyone feels compelled to use drugs in order to achieve results at the highest level.

With drug use comes complications to the reputation to the sport, social issues for those using the medications from addiction, and unwanted health problems up to and including death.

There is a strong argument for the policing of this type of behavior as it will inevitably lead to these various issues.

Common side effects of Adderall include: These Medications Can Cause Addiction Issues from Increased Dopamine

Dopamine is a neurotransmitter that is responsible for the pleasure an

d reward
functions in our brain.

Drugs like Adderall and Ritalin boost this brain chemical making the user have multiple effects including boosted mental capabilities which is why people with ADHD can be prescribed this drug.

It is now commonly thought that people with ADHD actually have an over abundance of dopamine  which causes their brain to be overstimulated with neurotransmitters negatively effecting their ability to focus.

While it sounds counterintuitive for someone with ADHD to take a drug that boosts dopamine these ADHD medications may actually have the opposite effect on people with excess dopamine as it helps calm their mind from the improved signaling of their neurotransmitters.

Gaming itself is now well known for it’s addictive tendencies as users of games experience an increase in the amount of dopamine in their brain.

Because both Adderall and gaming effect the amount of dopamine in someone’s brain it may make gamers who are already addicted to gaming more likely to become addicts of prescription stimulant drugs such as Adderall and Ritalin.

Are There Any Gamers Known to Have taken Drugs to Improve Performance?

Professional gamer Kory Friesen from Canada recently admitted that he and his whole team were on Adderall when they won a recent gaming event where they played a game named “Counter-Strike: Global Offensive.”

His exact quote was, ” I don’t even care. We were all on Adderall. I don’t even give a fuck. It was pretty obvious, like, if you listen to the comms. People can hate it or whatever.”

At one point he also says, “That’s how you’re good.” This is pretty much imploring the younger generation that in order to be successful at gaming one must take these powerful stimulant drugs.
This sets a terrible precedent for the younger generation which is another reason why some are calling for testing of all competitors going forward.

Should Gamers Be Allowed to Take Non-Prescription Stimulants? If these competitors are being tested for illegal and prescription medications it begs the question as to whether or not these same people should also be checked for excessive amounts of over the counter stimulants as well.

There is precedence for this to be done already as OTC stimulants are already banned substances by the NCAA and were banned in the Olympics up until 2004.

Once more powerful substances are unable to be taken by competitors the next logical step is for people to take large doses of over the counter stimulants which can also be quite dangerous for the user.

It seems unlikely for now that this measure will be taken, but with abuse and gamers making public statements about their abuse it could also bring new restrictions for what can be taken.

Do You Agree with the Drug Testing Policies Being Put in Place? Do You think Some Gamers will Slip Through the Cracks? 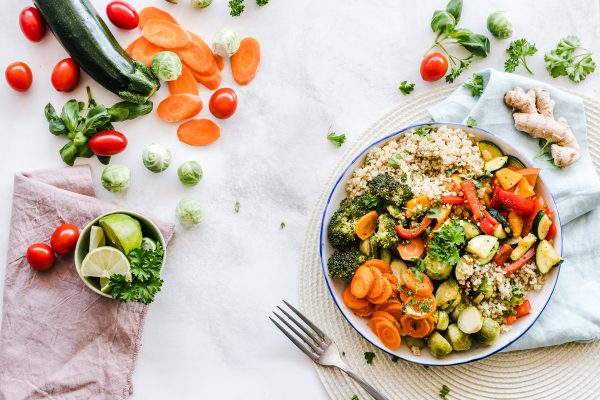